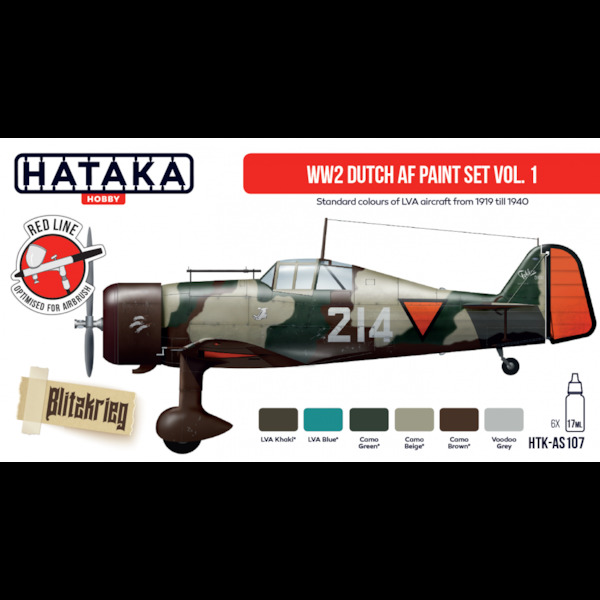 The Dutch air forces were officially established in 1913 under the name of Luchtvaartafdeling (LVA, "the Aviation Department). In those early years majority of LVA's aircraft wore a simple green (LVA Khaki) over blue (LVA Blue) scheme, with trainers in overall LVA Blue. Underfunded in the interwar period, LVA started rebuilding process only in 1938. At the beginning of WW2 LVA operated appx. 120 combat aircraft, majority of them wearing a unique Dutch camo of Camouflage Green, Beige and Brown on upper surfaces over Camouflage Brown on lower surfaces (with the exception of some scout / training aircraft still wearing early colours).

The set contains the following acrylic based paints, optimised for use with airbrush: