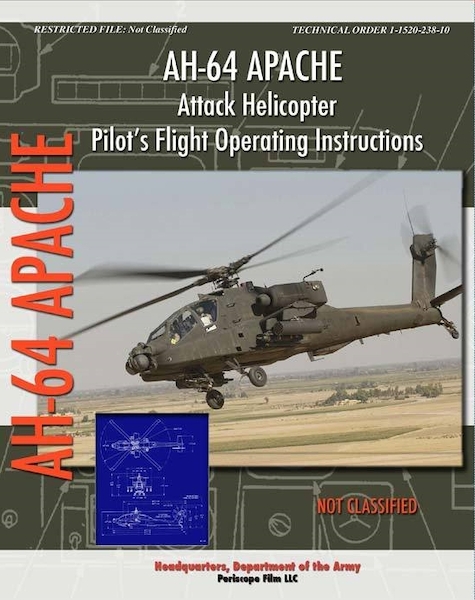 Developed and deployed in a short time due to the pressure of the Vietnam War, Bell's AH-1 Cobra performed well; but Army planners believed a better attack helicopter would be needed in the next war. In 1976, Hughes Helicopter's YAH-64A prototype bested the Cobra in firepower, performance and range, and won the competition to replace it. It would be 1982 before production commenced, but eventually over 1100 would be produced including the advanced AH-64D Apache Longbow. Dubbed the Apache, the AH-64 is a four- blade, twin-engine, tandem-cockpit design with tailwheel landing gear. The AH-64 features double and triple-rendundant systems that ensure maximum survivability in combat, and an awesome array of weapons that can include Hellfire missiles and a 30mm M230 Chain Gun that can be slaved to the pilot's head movements via a helmet mounted display (IHADSS).

The Apache first saw combat during the invasion of Panama in 1989, and conducted the first attack of Operation Desert Storm in 1991, flying into Iraq to destroy enemy radar systems. AH-64s are credited with destroying over 500 tanks during that conflict. They continued their service in Bosnia and Kosovo, in Operation Iraqi Freedom, and Operation Enduring Freedom in Afghanistan. The AH-64 is now also deployed by the United Kingdom, Israel, the Netherlands, Saudi Arabia, Japan and other air forces worldwide.

Created by the Army for the AH-64A version of the Apache, this unclassified pilot's flight manual runs over 600 pages, and contains chapters about aircraft systems and procedures. It is reprinted here in its entirety.