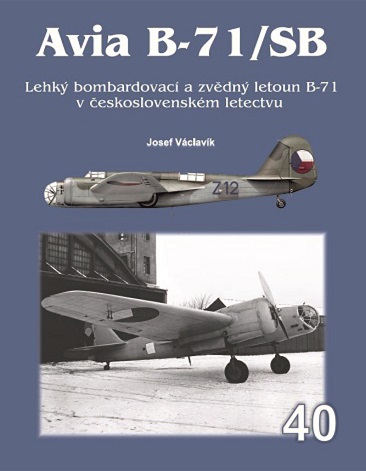 This product was added to our database on Wednesday 10 November 2021.

The publication deals with our most modern aircraft Avia B-71 in the critical year 1938, or the Soviet fast bomber SB, whose star flew up in the Spanish Civil War in the years 1936 - 1939. Its licensed production in our country slowly began in the years 1938 - 1938 and at the same time purchased in the USSR 61 pieces of this aircraft. These machines were equipped with MS. engines and armaments and were gradually included in the armament. The author briefly describes the origin of the aircraft in the USSR, the meeting of several of our pilots with SB aircraft in Spain, the search for machines of this category for our air force in France, England and the USSR and the reasons that led to our decision for the Soviet SB. The following is a description of complex negotiations on licensed production in our country, when the license of the Škoda mountain cannon was delivered to the USSR in return. The following chapters on aircraft testing at VTLÚ, the introduction of the aircraft into armaments and operational experience, crew training and special exercises of the Air Brigade in 1938 with a view to verifying the use of the B-71. The inclusion of the B-71 in the armament of the 1st, 2, 5, 6 Air Regiments and the Bombing Combat Center in Kunovice and the deployment of the B-71 at the time of mobilization are described. In this context, the author tries to approach the real possibilities and specific steps of the USSR military aid during the Munich crisis. The following chapters on demobilization and efforts to sell aircraft abroad. Furthermore, the start of licensed production of the machine in our factories, which was eventually realized for the Luftwaffe. Here you will also find a technical description of the machine, a list of purchased B-71 machines by serial numbers and available information about their service, a chapter on coloring and marking aircraft. And an overview of accidents. Preserved SB machines in museums are also mentioned.

450 b/w. a bar. photos, documents and sketches. Colored side views and three-dimensional view.

Please note, this is a Czech text only publication!

NANKAI NO UMIWASHI-TACHI, The Imperial Japanese Navy Air Groups in the Southwest Pacific Theater among which Dutch Ambon! (RESTOCK)