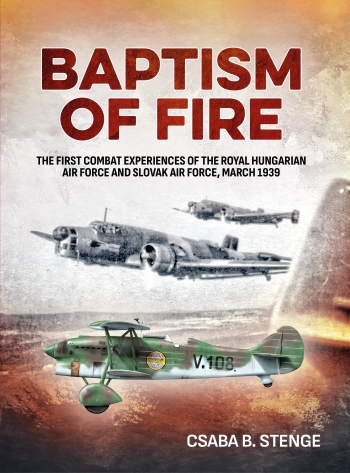 This conflict is just a short episode from the turbulent history of Central Europe in the 20th century, which is little known even in the countries involved, and almost totally obscure outside them. From the international point of view the most important event in the middle of March, 1939 was that the Third Reich occupied the Czech territories, which was a failure of the Western powers, since they hoped that by the Munich Agreement (29-30 September, 1938), they could avoid any future conflicts with Adolf Hitler. That is why their contemporary media and their recent history books are filled with these events, and do not mention a small parallel conflict.

From the Hungarian point of view, occupying its former territory of Sub-Carpathia was very important. Hungary was surrounded on three sides by the hostile Little Entente countries (Czechoslovakia, Rumania and Yugoslavia) and on the fourth side, since the Anschluss in March, 1938, by the Third Reich. To break this encirclement, it was necessary to restore the common border with HungaryÂ's historical ally, Poland and this was achieved by the occupation of this territory. For the Hungarian Armed Forces, the short border conflict with Slovakia was only the closing phase of the occupation of Sub-Carpathia.

From the Slovakian point of view, however, this is a far more important conflict. Slovakia became independent for the first time in its history in March, 1939. Parallel to Slovak independence, the Czech territories from the former Czechoslovakia were seized by the Third Reich and Sub-Carpathia was occupied by Hungary. The invasion of a border area of Slovakia by the Hungarians was considered by the Slovaks as a direct threat to the independence of the country.

During the Hungarian occupation of Sub-Carpathia, their ground troops were supported by Hungarian reconnaissance and bomber forces. During the border conflict with Slovakia, a short but fierce clash started between the contending air forces. Slovak planes strafed and bombed Hungarian ground troops on 23 March 1939, but the heaviest clashes happened on the very next day, when extensive air-to-air combat occurred. Clashes saw Hungarian Fiat CR.32s come up against Slovak Avia fighters and Letov reconnaissance and light attack planes. Also on that day, Hungarian Ju 86 bombers raided the main Slovak air base.

The majority of Hungarian materials relating to the combat have been lost or destroyed, so author Csaba B. Stenge Ph.D. has put in a Herculean effort to construct this account. The text contains details of the historical background to the conflict, a full account of the combat, as well as notes on Hungarian aviators decorated for their performance, short biographies of Hungarian aviators credited with aerial victories, and a list of Hungarian anti-aircraft claims and aerial victories. Besides this, the book contains over 100 rare and mostly previously-unpublished images, as well as a selection of superb colour profiles showing camouflage and markings for the aircraft of both air forces.