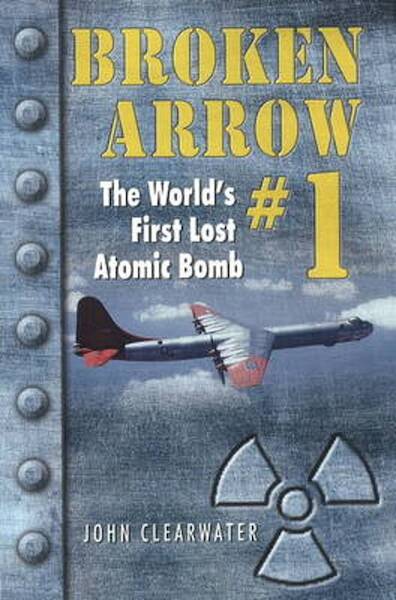 This product was added to our database on Friday 13 April 2018.

On a cold, windy February night off the coast of B.C. in 1950, a new B36 United States Air Force bomber experienced catastrophic engine failures on three of its six engines. Before the aeroplane crashed into a mountainside, the crew dropped their atomic bomb over the Pacific Ocean into Hecate Strait. The aircraft was carrying one of the first two Mark-4 atomic bombs ever loaned to the USAF by the Atomic Energy Commission. In addition to a very heavy atomic bomb, the craft carried seventeen crewmembers. The U.S. military, very concerned about the loss of seventeen men, one bomber and one atomic bomb, immediately launched a huge search operation. Many of the crew were rescued by fishermen and the Royal Canadian Navy, but the aircraft, full of secret equipment, was not found. This book examines exactly what happened in the preparation for the mission, the mission itself, the accident, the loss of the bomb, the search, and eventually the destruction of the bomber four years later. The work goes on to detail the subsequent search for documents and the official expedition to the crash site to collect artefacts for a major museum display. This book also goes a long way to dispel the rumours and the conspiracy theories that have surrounded this incident for decades by using declassified top-secret documents to demonstrate what really happened in the winter of 1950 over the cold coastal waters of British Columbia. The book includes an introduction that offers the reader historical and geo-political background for the events occurring at the time. Accompanying the detailed text are numerous never-before-published photographs. Also included in the book is an extensive appendix section, which includes transcripts of contemporary military reports, declassified documents and a diary of the 2003 museum expedition to the crash site to collect artefacts and get footage for a documentary on the subject. The book is a follow-up to the hugely successful documentary Lost Nuke made by MythMerchant Films for Discovery Channel Canada. The author led the museum expedition to the crash site to collect artefacts, which is chronicled in the film. The artefacts form the focus of a museum display, which opened at the Vancouver Museum and is set to tour Canada and the United States.