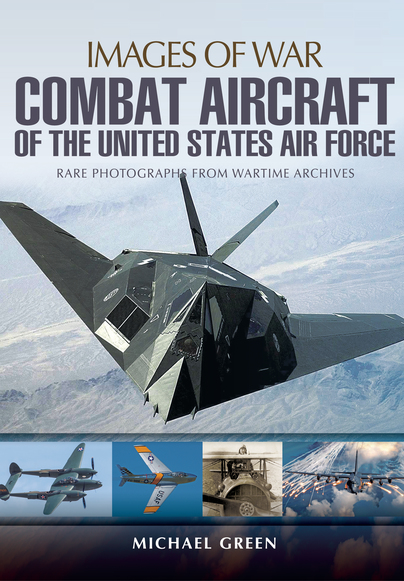 This product was added to our database on Wednesday 1 March 2017.

Share this product
Also in this series:
9781473834750Pen & SwordBooks on aviation
Product description

From its humble beginning in August 1907, when the U.S. Army Signal Corps created its Aeronautical Division assigned: “to take charge of all matters pertaining to military ballooning, air machines, and all kindred matters.” That small in consequence portion of the U.S. Army would grow progressively over the many decades to become its own separate entity following the Second World War, named the U.S. Air Force in 1947. It became overnight the world’s most powerful military establishment, able to deliver conventional and nuclear ordnance anywhere around the globe. Today’s cutting-edge example of that is best represented by the supersonic, bat-winged B-2 Spirit stealth bomber, which can fly at an altitude of 50,000 feet, and is built of carbon-graphite composite materials. The B-2 Spirit is a far cry from the early days of the service when it relied on fragile prop-driven, wood and fabric-covered aerial platforms, such as the Wright Type B, which could barely reach an altitude of 100 feet. As this superb illustrated and well informed book vividly demonstrates, in between have been such iconic aircraft as the P-51 Mustang and P-47 Thunderbolt fighters and bombers such as the B-25 Mitchell, B-17 Flying Fortress and B-29 Super Fortress which dropped the first A-Bomb in 1945. The Cold War demanded ever more powerful aircraft, such as the B-58 Hustler and B-52 Stratofortress and fighters including the F-86 Sabre, F-104 Starfighter and F-4 Phantom.