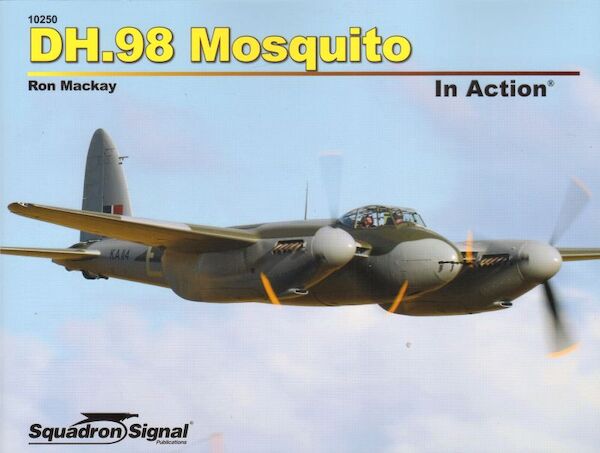 This product was added to our database on Thursday 2 November 2017.

A World War II forerunner of the modern, multi-role combat aircraft, the De Havilland Mosquito was conceived as a fast, light warplane that could out run and out climb enemy aircraft, and therefore could dispense with heavy armament. Known as the "Wooden Wonder," the Mosquito was constructed almost entirely of wood and, when it entered production in 1941, was one of the fastest aircraft in the world. The Mosquito made its debut in its first widespread role as a fast, high-altitude photo reconnaissance (PR) aircraft, a job it continued to perform until the end of WWII. American General "Hap" Arnold requested and received a number of Mosquitos for use by the U.S. Army Air Forces. Meanwhile, the versatility of the Mosquito led the Light Night Strike Force (LNSF) to begin employing the wooden craft alongside heavy bombers for raids over the Reich. Mosquitos dropped 4,000-pound "Cookie" bombs in lightning raids inside the German homeland, in a defacto pay back for the German Blitz, and Mosquito Fighter Bombers (FB) carried out strikes on German security points and U-Boats. In addition to operations over Nazi-occupied Europe. Meanwhile, British RAF and Australian RAAF crews took the multi-role Mosquito into combat against the Japanese in the South East Asian theatre. Get an up-close but comprehensive look at the De Havilland Mosquito with this new title, illustrated with more than 180 photographs, two dozen of them in color, plus a table, color profiles, and detailed line drawings. 80 pages.