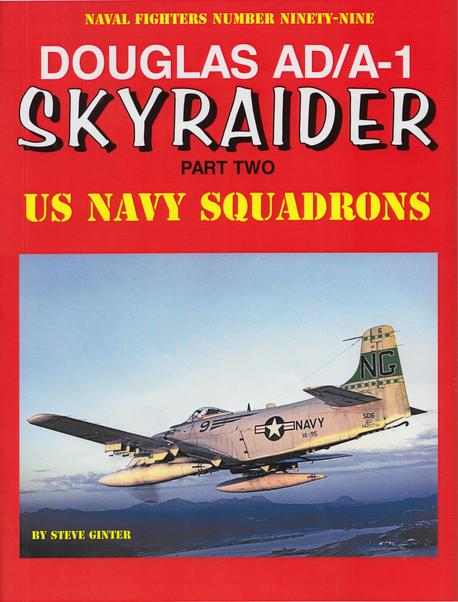 This product was added to our database on Tuesday 13 January 2015.

The Douglas Skyraider entered fleet service with VA-19A in February 1947 and was retired in 1969. A single engine attack aircraft able to carry more tonnage of bombs than a WWII B-17 all while operating from a aircraft carrier. Marine Squadron VMA-121 routinely struck enemy targets with bomb loads in excess of 9,000 lbs. The 3,180 Skyraiders were produced in 20 different versions and modified further into at least 7 other variants. Furthermore, Douglas created conversion kits for the AD-5 allowing it to be modified at squadron level into a four-seat or ten seat COD aircraft, a target tug, an air ambulance, a cargo aircraft, or a aerial tanker. As an attack aircraft, it became the weapon of choice for close air support and ground attack in Korea because of its ability to loiter for hours with a variety of bombs, rockets and napalm and its ability to take hits and bring its pilot's home. It repeated these tasks in Vietnam where it also became the RESCAP aircraft of choice due to its ability to stay airborne for up to 12-hours.

The Douglas AD/A-1 Skyraider Part Two covers Skyraider Fleet and Utility squadrons with text on each squadron and photos and squadron patches/insignia when available. Because the Skyraider's service life bridges from post WWII, through the Korean War and into the Vietnam War, the AD/A-1 squadrons went through all the confusing redesignations and disestablishments of the 50's. In some cases the same squadron designation was applied three times during the life of the Skyraiders in the Navy. This volume covers 95 squadrons that flew this amazing aircraft
13-color photos, 589 b&w photos, and 138 patches.