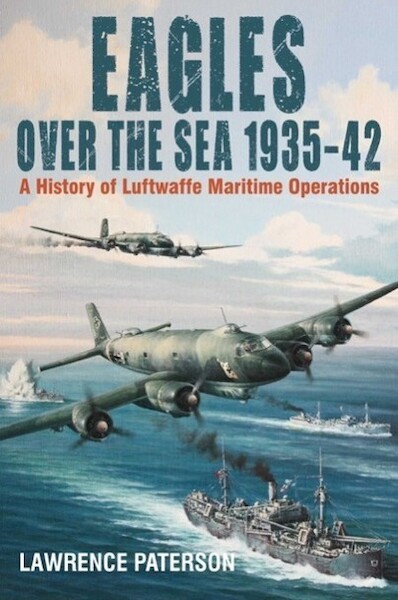 This product was added to our database on Tuesday 24 March 2020.

The arduous development of a dedicated naval air arm for Germany's resurgent military was fraught with the kind of fierce inter-service rivalry that was rife throughout the turbulent history of the Third Reich. However, almost despite the odds, a small dedicated maritime strike force was assembled, germinating during the Spanish Civil War before being committed to action from the first days of the invasion of Poland. Concurrently, the operational Luftwaffe developed its own maritime units that would eventually subsume all of the Kriegsmarine-controlled formations as the war years progressed. This new book by the well-known author of German naval operations in WWII offers, for the first time, an in-depth study of all the Luftwaffe maritime operations. This is the first of two volumes and takes the story up to 1942.

The story of Luftwaffe maritime operations has frequently been written about in fragmentary terms, delineating between the planned naval air arm operating under Kriegsmarine direction and the 'operational Luftwaffe'. Each branch of service — and even aircraft type — has usually been studied in isolation. This book, however, broadens the lens to study the development of German naval aircraft as a whole, not as separate independent services but rather as a concerted attempt to engage the enemy at sea in every theatre of operations, from Norway and Western Europe to the Mediterranean and the Eastern fronts, and, of course, over the Atlantic. Through ship-board aircraft, torpedo bomber attacks, minelaying and reconnaissance missions, Luftwaffe maritime aircraft played a vital role in Germany's naval war and the author analyses all the operations and the successes in the early years of the War. This first volume ends in 1942 when, despite great success, petty rivalry and naked arrogance combined to foreshadow the eventual defeat of the Luftwaffe's war at sea.

Heavily illustrated throughout, this detailed and exciting operational history will be of huge appeal to both naval and aviation historians and enthusiasts.