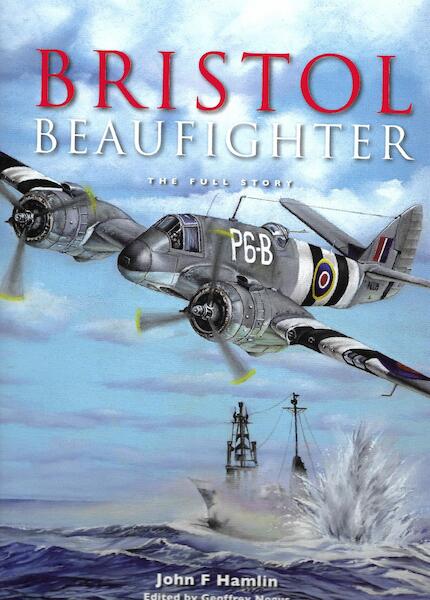 This product was added to our database on Monday 4 july 2022.

One of the most versatile strike aircraft of World War 2, the Beaufighter served in campaigns from Norway to the Pacific, from the Sahara to Arakan. It was surely one of the most important British types of the conflict.

Easily the most comprehensive profile of the type yet, this volume provides individual histories of the 5,564 aircraft built in England and the hundreds built or assembled in Australia for use against the Japanese. Several hundred were used as night interceptors by the USAAF, and others were used by the Dominican Republic, Portugal, France, Israel and Turkey. The "Beau" did not retire from the RAF until 1960.

For many, the crowning glory of this magnificent volume will be the 825 black and white and 28 colour photographs, with their comprehensive captions. Most have never appeared in print before.

There are 24 colour side views and nine six-view colour general arrangements.

Chapters cover development and production, provide an operational overview and details of the Beaufighter's service with individual units of the RAF and integrated Commonwealth air forces, the Fleet Air Arm, the SAAF, the RAAF in the Pacific, and the USAAF. Personnel involved in operational losses and other incidents are indexed. Appendices list Beaufighter bases and unit codes.

As one would expect in such a major work on this legendary warplane, there is a critical assessment of whether the Japanese, as has so often been claimed, really did call it "whispering death".

Mustangs towards Norway: The story of 19 and 65 Squadron at RAF Peterhead 1945

B-25 Mitchell Detail in Action

Squadrons! No.50: (The Hawker Tempest Mk V – The New Zealanders)