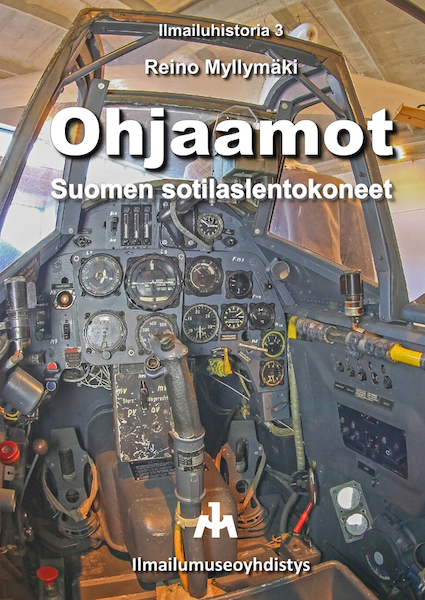 This product was added to our database on Sunday 20 June 2021.

Dozens of military aircraft from different decades have been stored in our aviation museums and various exhibitions. You can peek into the cabs of some machines, unfortunately not in most. This book seeks to contribute to providing an opportunity to see inside the aircraft in cabs and, in some cases, elsewhere, and thus to serve museum guests, model builders, and otherwise only those interested in airplanes.

The book presents 64 fixed-wing aircraft and helicopters from different decades. In addition to the aircraft in the museums, the current equipment of the Air Force and the Land Force and the candidates for the Air Force's HX projects have been included.

Of the machines, 40 have been chosen to represent their own decade and have therefore been treated in more detail than the others. The remaining 24 machines are presented mainly in captions. Thus, the book gives a good picture of the development of pilot jobs, i.e. mainly cockpits, over 100 years.

With this book, the Finnish Aviation Museum Association celebrates the 100th anniversary of the Finnish Air Force and respects the aircraft restoration and conservation activities, which are a key part of the association's activities before, now and in the future.

The book contains 295 photographs, of which 277 are in color and almost all previously unpublished.