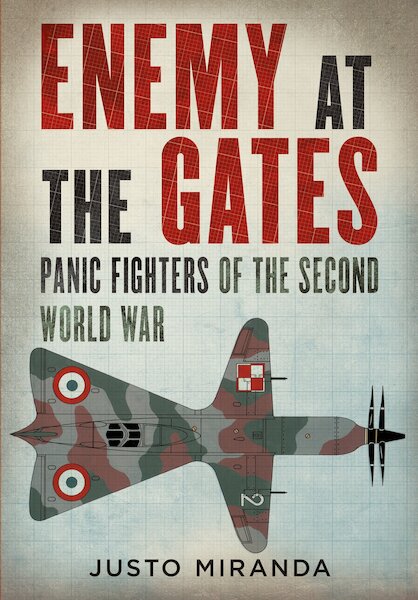 This product was added to our database on Monday 31 August 2020.

When the Nazis threatened the world with war, European governments were concerned with the overwhelming reaction of terror that the expected Luftwaffe bombing would bring.

Before hostilities, European territories were defended by outdated biplanes and a small number of modern monoplane fighters, including fifty Hurricanes, twenty Morane-405s and five Fokker D.XXIs. France and Great Britain took up production of American aircraft and cancelled exports to small countries who were forced to design and build their own 'panic fighters' with the intelligence and skill that desperation provides.  Among this also the Netherlands!

When nothing seemed able to contain the German advance, France, Great Britain and the USSR developed several programmes of emergency fighters as did Australia to face the Japanese expansion. However, the course of war switched: Axis powers had to create their own panic fighters, some of them suicidal.

Enemy at the Gates: Panic Fighters of the Second World War includes several last designs of fighters that are practically unknown and were developed in times of tribulation by the victors.

A wonderful book full of what ifs and it makes for facinating reading. Ever knew that Norway had a indigenios fighter project too??   It was called the Orlogs Vaerftet OV-J-1...  You find it all in this book