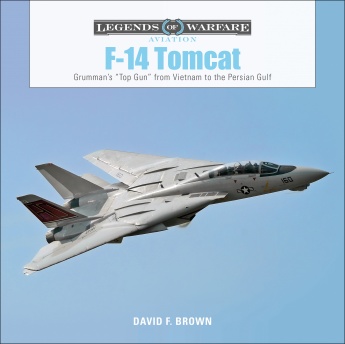 Share this product
Also in this series:
9780764356629SchifferBooks on aviation / US Jet Aircraft
Product description

It has been said that "bombers make history; fighters make movies." In the case of the Grumman F-14 Tomcat, both are true. It made history as a fleet defender, reconnaissance platform, and strike fighter. The Tomcat was also featured in such Hollywood classics as Top Gun, The Final Countdown, and Executive Decision, followed by television appearances on JAG. This new illustrated look at the iconic Tomcat features a concise, detailed look at its design and construction, followed by its service in the US Navy from 1975 to 2006. Also covered is a rare look at its use by the Imperial Iranian Air Force, and continued use by the Islamic Republic of Iran Air Force. All USN units that flew the Tomcat are featured, including squadron patches, markings, and nose art. Combat operations are discussed, including aerial combat over Libya, Iraq, and Afghanistan. Part of the Legends of Warfare series.