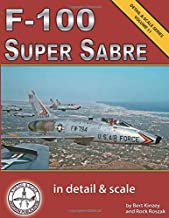 This product was added to our database on Sunday 26 july 2020.

Share this product
Also in this series:
9798655632578Detail and ScaleBooks on aviation
Product description