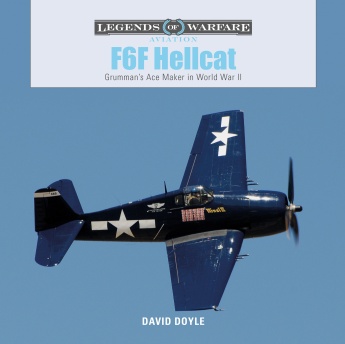 The Grumman F6F Hellcat formed the backbone of America's carrier-based fighter force as the Allies pressed the war toward Japan. Powered by a massive and reliable Pratt & Whitney radial engine, the Hellcat racked up an incredible 19:1 kill ratio against its foes in WWII, and 305 aviators earned ace status while flying the Hellcat. Such famed US naval aces as David McCampbell, Cecil Harris, Eugene Valencia, and Alex Vraciu all flew the Hellcat. In addition to its wing-mounted .50-caliber machine guns, the F6F was equipped to carry bombs as well, allowing pilots to deliver up to 2,000 pounds of bombs on targets. By the time that Hellcat production ended in November 1945, 12,275 examples had rolled off Grumman's Bethpage, Long Island, assembly line. Through carefully researched photos, many never before published, the history and details of this iconic aircraft are revealed. Part of the Legends of Warfare series.