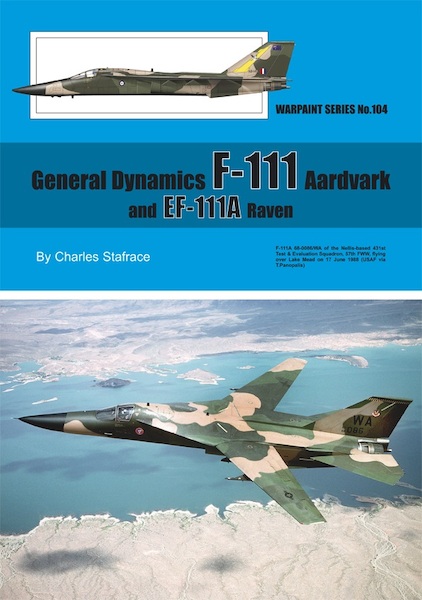 Controversy and competency is the best way to describe the first variable geometry combat aircraft to enter operational service anywhere in the world. This was the F-111 Aardvark, the typical Cold War 'below the radar' strike bomber. It was born in one of the most politically-motivated and incompetent procurement processes ever, and experienced a troublesome gestation period with spiralling costs in development and production, and an unimpressive first deployment to Vietnam in 1967. Yet, all this was forgotten when the F-111 matured and proved itself to become a devastating weapon and a formidable penetration strike aircraft in its second tour in Southeast Asia in 1972-73, helping to prove that its sophisticated attack and terrain-following radar systems enabled the delivery of a large number of ordnance with unerring accuracy at ultra-low level in a hostile environment. Thus equipped, the F-111's long-range all weather missions on targets in Libya in 1986 and in the Gulf War of 1991 confirmed that the Aardvark had become the spearhead of Tactical Air Command and USAFE, and for many years represented the cutting edge of NATO's deep strike forces. It is enough to say that during the Gulf War only two aircraft types were allowed to attack downtown Baghdad and avert collateral damage: the F-117 and the F-111. The longer-span FB-111 was developed with bombing avionics for undertaking the nuclear delivery role with Strategic Air Command, while later still a major re-do resulted in the EF-111A Raven in which were installed the most sophisticated and state-of-the-art electronic countermeasures and signals jamming systems available to assist in SEAD missions. The swing-wing F-111 was a familiar sight in Britain in the 1980s and early 1990s when it equipped two USAFE wings at Lakenheath and Upper Heyford, the latter base also hosting a squadron of EF-111As during part of the same period. The F-111 tactical strike fighter served with the RAAF as well, and was retired from service as recently as 2010. The F-111 was even ordered by the Royal Air Force in the late 1960s to replace the cancelled TSR.2 but was then itself cancelled at great expense amid nationwide controversy to which a whole chapter is dedicated in this publication. This new Warpaint title explains the F-111's development, service history, failures and successes, in all its versions with both USAF and RAAF, with full text, specification and squadron tables and more than 180 photos, most of which are in colour. This book is written by Charles Stafrace and is superbly illustrated by Richard J.Caruana.