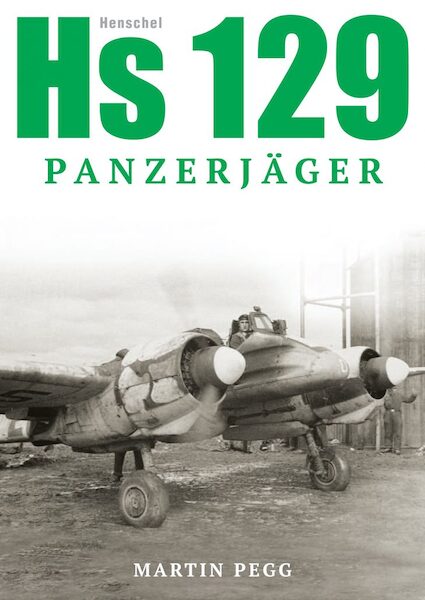 This product was added to our database on Friday 12 June 2020.

This is a fully updated and revised edition of Martin Pegg's groundbreaking 1997 study of the Luftwaffe's ground-attack aircraft, the Henschel Hs 129. For this title, based on several years of further research, the author has uncovered much new information and photographic material on the development and operational use of the Hs 129 in German and Rumanian service. The book includes chapters on the First World War and pre-Second World War development of the Schlachtflieger, plus comprehensive coverage of the development of the aircraft itself and its various associated experimental and operational weapons. The greater part of the book, however, is devoted to the use of the machine in North Africa and especially in Russia where, although not the perfect close-support and anti-tank aircraft, it proved to be the only one to hand that was capable of effectively combatting Soviet armour, and was still in front-line service in May 1945. Also included are numerous pilot accounts, details of examples captured by the Allies and a section on camouflage and markings. Overall, this is a package which will overturn many common misconceptions which still persist about an aircraft that was very well-liked by its pilots and which was described by Henschel Flugzeug-Werk's works manager as being 'ten years ahead of its time.' The book is enriched with updated scale drawings by world renowned illustrator and draughtsman, Arthur Bentley, and also contains newly commissioned colour artwork by acclaimed digital artist, Janusz Swiatlon. 210 x 297 mm, laminate board hardback 296 pages, 415 photos, maps, technical drawings, 13 newly commissioned full colour profiles, appendices