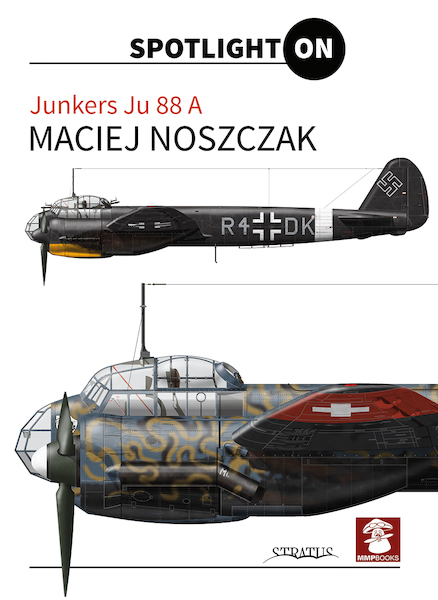 This product was added to our database on Friday 31 August 2018.

This book is the latest in a new reference series for aircraft modellers called "Spotlight On" and presents detailed illustrations of the "A" versions of the famous German WWII bomber. The Junkers Ju 88 was a twin-engined multi-role combat aircraft. Junkers Flugzeug- und Motorenwerke (JFM) designed the plane in the mid-1930s as a so-called Schnellbomber (fast bomber) that would be too fast for fighters of its era to intercept. It became one of the Luftwaffe's most important aircraft. The book contains 40 specially-commissioned colour plan and profile views of many sub-versions, illustrating different camouflage, colours and markings, including a captured Swiss Ju 88.