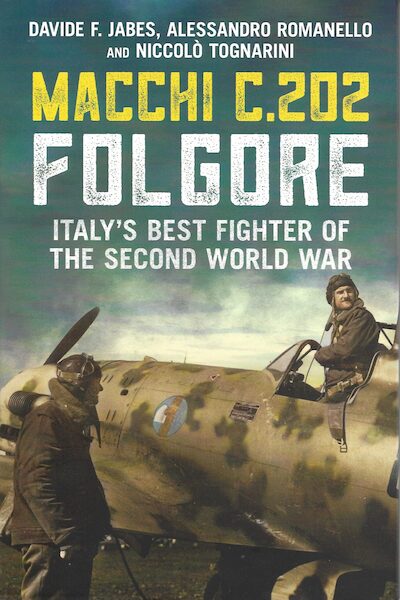 Based on primary sources from various national and international archives, including an extensive bibliography

Reconstructs the entire story of the Macchi C.202 from its early predecessors conceived for the Schneider Cup to its post-war use

A must-have for military enthusiasts, historians, modellers and those interested in the complexities of aircraft design and production during the Second World War

The Macchi C.202 Folgore aka 'Lightning' was probably the most successful Italian fighter during the Second World War.

It is generally agreed that the performance of the Macchi was superior to the Hawker Hurricane and the Curtiss P-40 Kittyhawk and on par with the Supermarine Spitfire Mk. V. It is not by chance that nearly all the Italian top scoring aces flew this fighter either with the Regia Aeronautica or the Aeronautica Nazionale Repubblicana.

At the same time, the C.202 was the symbol of a dysfunctional Italian military complex: a deficiency of sound industrial planning resulting in orders from the Regia Aeronautica for an exaggerated number of different aircraft; the lack of development of adequate engines limiting aircraft performance and capacity to inferior armament, which lacked punch; and the corruption of politics and culpable responsibility of the high military spheres.

The C.202 was therefore produced in limited numbers while there is a consensus that the air war, especially in the African theatre, would have been different had the aircraft been adopted in greater numbers