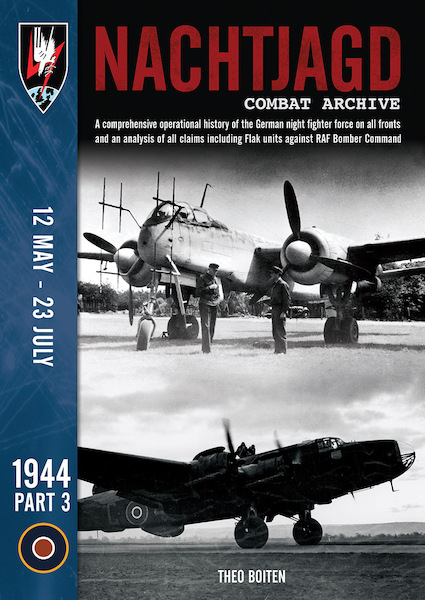 This product was added to our database on Tuesday 21 july 2020.

Red Kite are proud to announce the launch of 1944 Part THREE (12 MAY -23 JULY 1944) in the continuing book series that will prove essential for not only Luftwaffe historians but also anyone with an interest in RAF Bomber Command.

This volume is the third of either four or five volumes to cover 1944, a year where the tables finally turned against the Nachtjagd, but not before it had inflicted terrible losses upon RAF Bomber Command. This volume covers the period when RAF Bomber Command switched from deep penetration raids into Germany to more tactical targets around D-Day.

The Henschel Hs 129 - A Detailed Guide to the Luftwaffe's Panzerjðger

Fighters of the Iron Cross, Men and Machines of the Jagdwaffe