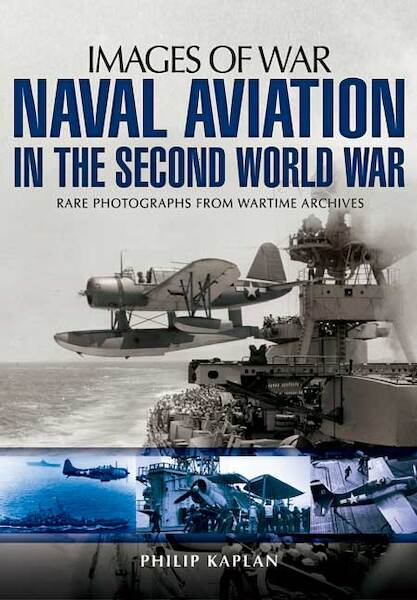 Share this product
Also in this series:
9781781593691Pen & SwordBooks on aviation
Product description

The first aircraft carriers made their appearance in the early years of World War I. These first flattops were improvised affairs built on hulls that had been laid down with other purposes in mind, and it was not until the 1920s that the first purpose-built carriers were launched, but no-one was as yet clear about the role of the carriers and they were largely unloved by the 'battleship admirals' who still believed that their great dreadnoughts were the ultimate capital ships.

World War II changed all that, At Taranto, Pearl Harbour, and in the North Atlantic, the carrier, the ugly duckling of the world's navies, proved itself to be the dreadnought nemesis. As the tide of war turned, the fast attack carriers of the U.S. Navy spearheaded the counter-attack in the Pacific while the makeshift escort carriers helped to seal the fate of the German U-boats in the Atlantic. The carrier, and naval aviation, thus emerged into the post-war world as the primary symbol and instrument of seapower; it would play a crucial role in the strategic encirclement of the Soviet Union and enabled western airpower to be rapidly and effectively deployed in areas of conflict as remote as Korea, Vietnam, the Falklands and the Gulf.

Kaplan describes the adventure of the young American, British, and Japanese naval aviators in the Second World War. It is an account of their experiences based on archives, diaries, published and unpublished memoirs, and personal interviews with veteran naval airmen of WWII, providing a vivid and often hair-raising picture of the dangers they encountered in combat and of everyday life aboard an aircraft carrier. It considers some of the key aspects of the WWII naval aviator's combat career, such as why it was that only a tiny minority of these pilots – those in whom the desire for aerial combat overrode everything – accounted for such a large proportion of the victories.

In the major carrier actions of that conflict, from the Royal Navy's attack on Taranto which crippled the Italian fleet in 1940, to the Japanese carrier-launched surprise attack on U.S. Navy battleships and facilities at Pearl Harbour in 1941, to the carrier battle of Midway in 1942, and the Great Marianas Turkey Shoot of 1944, through the Japanese Kamikaze campaign against the U.S. Carriers in the final stages of the Pacific war, this book takes the reader back to one of the most exciting and significant times in modern history.