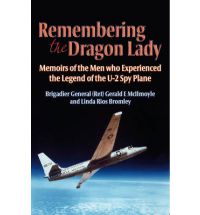 Remembering the Dragon Lady, Memoirs of the men who Experienced the Legend of the U2 Spyplane

This product was added to our database on Wednesday 27 March 2013.

With heightened tensions mounting in the Cold War, President Dwight Eisenhower's request for more accurate intelligence information on the Soviet Union was the spark that ignited the U-2 project. Modified USAF bombers began overflights of the Soviet Union in 1951, but existing lower flying aircraft in the US inventory were vulnerable to anti-aircraft fire and a number of cross-border flights were shot down. To meet the challenge and improve the survivability, the Lockheed Corporation received approval for their revolutionary design of a new recon aircraft on December 9, 1954. The company began work under a heavy veil of secrecy with only 81 people, including 25 engineers. A test pilot flew the first flight on August 1, 1955, after only eight months of production, a record-breaking result for rollout of a new project, especially one this complex and innovative. A dedicated and inventive group of contractors came together to support the project with partial pressure suits for pilots, high-resolution cameras, and an engine that could carry the aircraft to altitudes of 70,000 feet and higher. Nicknamed the Dragon Lady, the U-2 has flown over Cuba, Alaska, North and South poles, Vietnam, Australia, Sweden, New Zealand, and Afghanistan. The U-2 is as relevant today as it was 50 years ago. More recently it flew over the hurricane ravaged US Gulf Coast to collect imagery of the destruction over a 90,000 square mile area. First-person memoirs of many of the men who supported the early US spy plane project are included in this book. They include pilots, maintenance specialists, a flight surgeon, photographic specialists and some family members. The US also trained U-2 pilots from Taiwan and the UK and some of their photos and memoirs are in this collection. An example of the entries in the book include one pilot's experience on a flight over the North Pole when he discovered his instrumentation was inaccurate due to the magnetic fields and realized almost too late that he was flying directly toward the Soviet Union. Maintenance technicians recalled working long hours to prepare aircraft for historic flights over Cuba. Photographic specialists remembered the difficult conditions in Vietnam, and the care required to download the exposed film of North Vietnamese targets from the cameras in the aircraft. All of these experiences were achieved under Top Secret security conditions and on a "need to know" basis. 'Remembering the Dragon Lady' presents the reader with an impressive collection of U-2 first-person recollections.