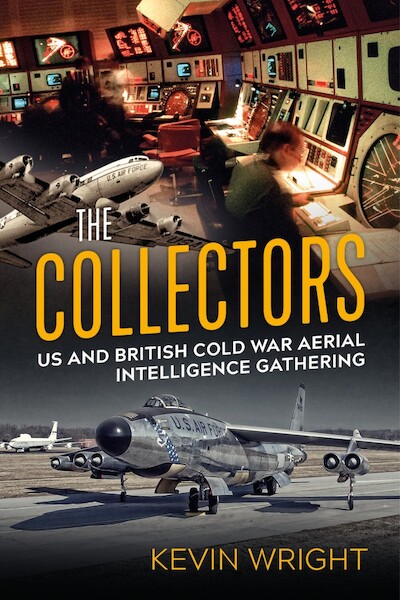 The Collectors: US and British Cold War Aerial Intelligence Gathering

Over Iran an RAF Canberra flies a feint towards the Soviet border, to provoke Soviet air defence radar operators to reveal their location. He will not deliberately enter Soviet airspace, but the possibilities for miscalculation, or misunderstanding leading to tragedy are always there. These flights cost the lives of over 150 US airmen by the end of the Cold War. Also cruising nearby in Iranian airspace, is a heavily modified US Air Force C-130 transport aircraft. Onboard 10 Special Equipment Operators are listening through their headphones for Soviet radio and radar activity. Hearing Soviet ground controllers scramble fighters to intercept the Canberra. The US operators alert the British aircraft to the closing MiG's and it quickly alters course away from the border. This was the life of crews involved in Cold War intelligence collection flights.

Enormous resources were committed to these operations and they shaped the structure of much modern military intelligence collection, analysis and sharing. This book explores their scope, conduct, plus the politics and new technologies behind these operations that started in the dying embers of World War Two. It examines how these often complex missions were planned, coordinated and flown and is supported by first-hand accounts from pilots, aircrews and intelligence analysts. It utilises recently declassified British and US archive material and is illustrated with a wide range of images.

The author examines European and Far East operations and a number of topics not previously covered in depth elsewhere. These include authorisation and coordination arrangements for conduct of overflight and peripheral missions; plus the part played by key third party states in operations in Scandinavia, Turkey and others. He looks at why Tyuratam complex was of such major intelligence interest and details the many resources targeted against it. He looks at some of the less explored elements of U-2 operations, including British involvement, plus the development of powerful lenses intended to enable very long range peripheral photography and why the long mythologised 'Kapustin Yar' overflight probably never took place with new details and analysis.

This comprehensive book links together the realities of flying, advanced technology and politics to provide a detailed and illustrated examination of Cold War aerial intelligence collection.

Royal Vikings, the Saga of Scandinavian Airlines and its predecessors