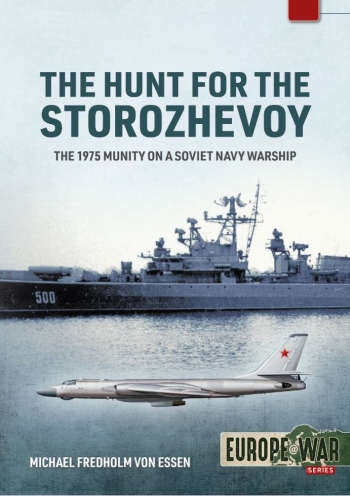 In 1975, Lieutenant Commander Valeriy Sablin led his crew in a mutiny on the Soviet warship Storozhevoy. The ship was then located in Riga, Soviet Latvia. Sablin's avowed intention was to foment a new communist revolution by taking the warship to Leningrad, where he expected to receive the support of the navy and the masses. However, the Soviet leadership thought that Sablin intended to defect to Sweden, bringing with him a warship of modern design with all its armaments, electronics, communication devices, and code books. As a result, Soviet supreme leader Leonid Brezhnev ordered the destruction of the warship. After several dramatic, but ultimately failed, attacks on the Storozhevoy, Colonel General Sergey Gulyayev, commander of the Naval Aviation of the Baltic Fleet, personally ordered a missile launch against the Storozhevoy, employing the special protocol for the launch of nuclear missiles. The purpose of the launch was to destroy the warship. However, by then the crew had already detained Sablin and announced their intention to surrender. The air crews did not know this; however, their commanding officer, Colonel Arkhip Savinkov, never launched the missile, instead faking a radar malfunction. The mutiny was over.

Due to the very serious implications of the suppressed mutiny, and the difficulties in finding and attacking the Storozhevoy, which showed that the combat readiness of the Soviet armed forces was less than desired, the participating air crews were ordered to destroy any documentation of the incident and keep quiet about what had happened. As a result, not even the KGB could later piece together all events of the incident, nor is there information in Soviet archives on all the actions taken. For much of the mutiny, the Soviet Navy did not even know the correct location of the Storozhevoy. However, the Swedish SIGINT service monitored the entire incident in real time. The Swedish SIGINT reporting enables a detailed, blow-by-blow description of the events. Being real-time intercepts, the reporting is a far more trustworthy source than the later, often embellished accounts previously published. For this reason, the book offers a detailed and authoritative account of the mutiny based on the SIGINT reporting, with supporting evidence from other surviving sources, together with an account of how Western intelligence interpreted and handled the reporting.