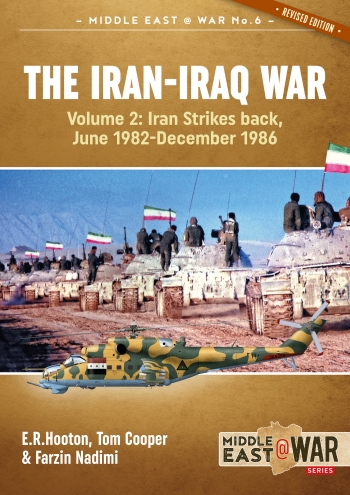 The Iran-Iraq War was one of the bloodiest conflicts of the 20th century and accidentally created the current nightmare of Islamic fundamentalist terrorism. There have been many books on the conflict, but this is the first detailed military history using materials from both sides, as well as materials obtained from US intelligence circles and British governmental archives. It provides a unique insight into a war which began through miscalculation and rapidly escalated into the longest conventional conflict in the post-Second World War era. Volume 2 takes up the account after Iraq withdrew from Khuzestan and is based upon material from both sides: US intelligence data, British Government documents and secret Iraqi files. Iraq's withdrawal exposed the great southern city of Basra to Iranian attack, but it was shielded by fortifications based upon a huge anti-tank ditch - the so-called 'Fish Lake' - which the Iranians tried to storm in the summer of 1982. This bloody failure left Tehran in a position where prestige prevented a withdrawal into Iran, but the armed forces lacked the resources to bring the conflict to a favourable conclusion. During the next four years, the Iranians tried to outflank the 'Fish Lake' defences initially through the marshes in the north and finally through an attack on the Fao Peninsula, which increased national prestige, but was a strategic failure and paved the way for Iraq's massive victories in 1988. This followed a series of successful defensive battles in which the Iranians were driven back with great loss. This account describes the battles in greater detail than before and, by examining them, provides unique insights and ends many of the myths which are repeated in numerous other accounts of this conflict.