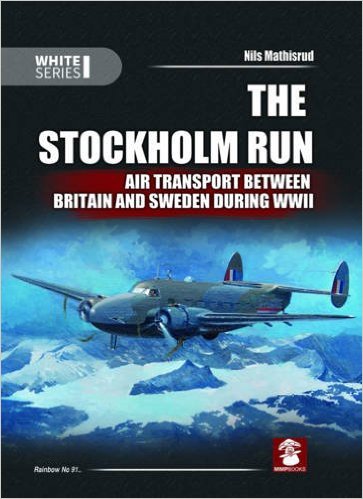 This product was added to our database on Tuesday 31 January 2017.

The German assault on Denmark and Norway in April 1940 effectively cut off all surface communications between neutral Sweden and the Western Allies. Diplomats and VIPs still needed to travel to and from Sweden and exports and imports of highly valuable goods needed to be maintained. To gain support for the war against an all-conquering Germany, it was also important to give the Swedish public the opportunity to read British newspapers and magazines. The only realistic way to maintain these links between Sweden and Britain was by air, and a civilian service was immediately established by BOAC. This book covers the history of the flights and the aircraft used. It also has details of the markings and colour schemes throughout the war, illustrated with many rare wartime photos and colour profiles by the author of all the aircraft types. The BOAC link between Sweden and Britain originally operated by Lockheed Super Electras. Throughout the war, a variety of aircraft would also operate the service, including Hudson, Lodestar, Whitley, Dakota, Liberator and of course the Mosquito, all being de-militarised as the Swedes did not allow armed aircraft to operate on their airfields.From the Norwegian perspective, and helping the allied war effort, the thousands of young Norwegians who fled to Sweden were keen to join the Allied fight against the Nazis. Unhappy with the lack of capacity provided by BOAC, a Norwegian transport unit was established, operating as a detachment of BOAC set up with the focus on carrying people. Keen to keep up exports and allowing Swedish nationals the freedom to travel, Swedish airline AB Aerotransport established their own service to Britain in 1942 with DC-3s, and later B-17s converted to carry passengers and cargo. From 1944, the USAAF Air Transport Command established their service to fly out Norwegian refugees and to return interned bomber crews, operating civilian registered CB-24, C-87 and C-54.