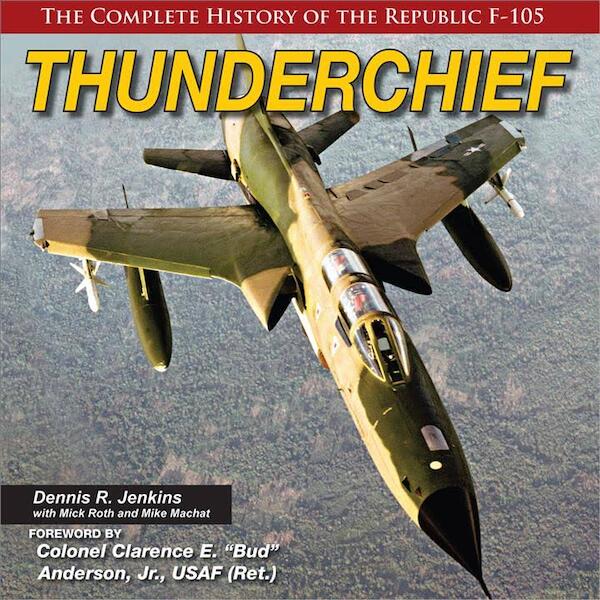 Designed as a nuclear strike aircraft during the Cold War, the F-105 Thunderchief was pressed into service delivering conventional weapons in South East Asia, where it rose to the challenge.

This book explores every aspect of the aircraft from the initial Air Force requirements through design and development, flight testing, early problems, its operational introduction and Vietnam service. Systems development and improvements throughout its career are covered in great detail. In-depth sidebars discuss topics such as specific aspects of flying the F-105, how the aircraft got its name and the historic "Thud Out" ceremonies that ended the aircraft's active service life.

Author Dennis Jenkins uses rare archival Air Force documentation and original Republic factory material and photos never before published to tell the complete story of this legendary jet fighter-bomber. The book highlights the fact that the F-105 was one of the first aircraft ever designed as a total weapon system--an integrated and complex series of navigation and armament systems—which gave the Thunderchief an aerial battlefield capability second to none and allowed the aircraft to deliver 75% of all the ordnance dropped on North Vietnam.

This book will come to be recognised as the most comprehensive and detailed history of this remarkable aircraft ever published. It contains a wealth of information for military historians and serious enthusiasts on the F-105, the heaviest and most powerful single-engine, single-seat aircraft ever built.