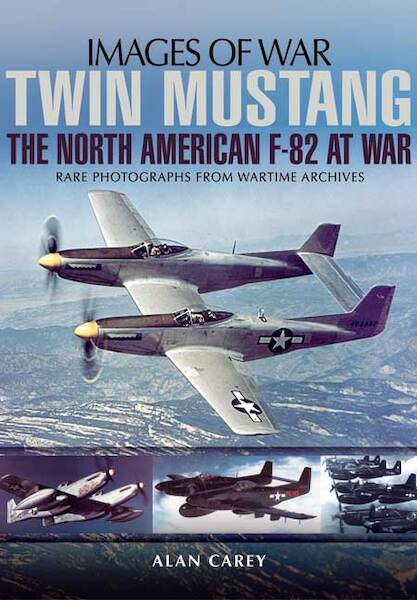 Share this product
Also in this series:
9781783462216Pen & SwordBooks on aviation
Product description

One of the most unusual and remarkable American fighter aircraft, the F-82 Twin Mustang was the last mass production propeller-driven fighter acquired by the U.S. Air Force. Originally intended as a very long-range fighter escort for the Boeing B-29 Superfortress during World War II, it arrived too late to see combat and evolved into a night and all-weather fighter during the post-war years. Combat operations in the Korean War followed, along with a host of other dynamic episodes of deployment. This work traces the developmental, operational, and combat history of this unique American fighter and features 120 photographs and illustrations, many of which have never been published before.

Seven chapters, all extensively illustrated, cover the aircraft's development, descriptions of the variants and sub-types, details of initial entry into service, three chapters covering the F-82's service in the Korean War, and a final chapter detailing the type's removal from the Korean War Theatre in February 1952, to see out its operational days in the Alaskan Air Defence Command.

An appendix section follows, featuring tables of the different variants, an illustrated list of known nose art applied to F-82s, and an entry of losses suffered in the Korean War. All these additional details bring new points of interest to the popular Images of War format, making for a richer, more informative reading experience.

Focussing on an overlooked type, deployed in a conflict often side-lined within mainstream war histories, this publication offers a much deserved platform upon which to appreciate this dynamic and immensely interesting aircraft.