Veteran Lancs, A Photographic Record of the 35 RAF Lancasters that Each Completed One Hundred Sorties: rare photographs from wartime archives (Pen & Sword 9781473847262) 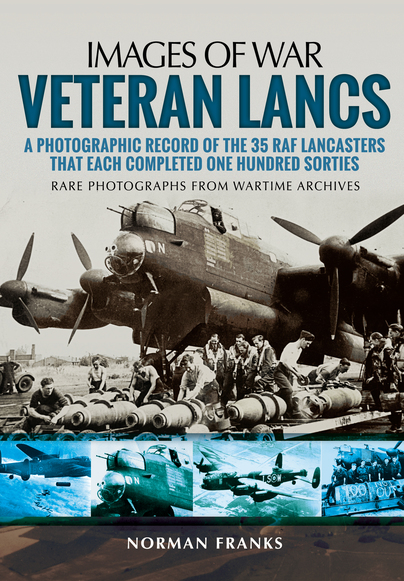 Share this product
Also in this series:
9781473847262Pen & SwordBooks on aviation
Product description

Aviation historians will know that the Avro Lancaster bomber is the most famous aircraft to have fought with RAF Bomber Command during World War Two. They will know too that, of the 7,366 that were built, over 3,400 were lost on operations and a further 200 plus were destroyed and written-off in crashes. Operational sorties flown totalled more than 156,000, carrying over 600,000 tons of bombs to targets all over Europe.

But this came at a terrible cost. With extensive losses on some night operations, occurring when bombers were pitted against a dedicated German night-fighter arm (as well as anti-aircraft fire) it is not surprising, or even incredible, that just 35 Lancasters managed to complete 100 or more sorties during the course of the war. A number of them actually achieved well over one hundred sorties, and a few were tragically lost after reaching this amazing figure.

This book covers the history of these 35 incredible Lancasters, featuring many photographs of both aircraft and crew members drawn together in an effort to create a photographic record of these veterans. In addition, there is a section dedicated to many Lancasters that, whilst not achieving this almost magic total, either through eventual loss or the ending of the war, did achieve a large number of operations. Pictures of these have been added so that their achievements, as well as the achievements of the crews who flew in them, can be viewed together.