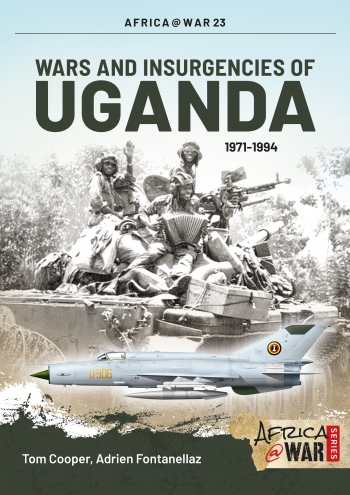 In 1971, Idi Amin Dada, a former officer of the King's African Rifles and commander of the Ugandan Army, seized power in a military coup in Uganda. Characterised by human rights abuses, political repression, ethnic persecution, extrajudicial killings, nepotism, corruption and gross economic mismanagement, Amin's rule drove thousands into exile. Amin shifted the country's orientation in international relations from alliances with the West and Israel, to cooperation with the Soviet Union.

With Tanzanian leader Julius Nyerere offering sanctuary to Uganda's ousted president, Milton Obote, Ugandan relations with Tanzania soon became strained too. Already in 1972, a group of Tanzania-based exiles attempted, unsuccessfully, to invade Uganda and remove Amin. By late 1978, following another attempted coup against him, Amin deployed his troops against the mutineers, some of whom fled across the Tanzanian border. The rebellion against him thus spilled over into Tanzania, against whom Uganda then declared a state of war.

Opening with an overview of the ascent of crucial military and political figures, and the build-up of the Tanzanian and Ugandan militaries during the 1960s and 1970s, this volume provides an in-depth study of the related political and military events, but foremost of military operations during the Kagera War – also known as 'A Just War' – fought between Tanzania and Uganda in 1978–1979. It further traces the almost continuous armed conflict in Uganda of 1981–1994, which became renowned for emergence of several insurgent movements notorious for incredible violence against civilian population, some of which remain active in central Africa to this day.

This book is illustrated with an extensive selection of photographs, colour profiles, and maps, describing the equipment, markings, and tactics of the involved military forces.