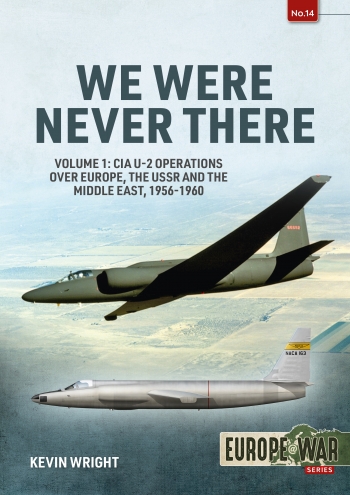 Devised by Kelly Johnson and initially operated by the CIA, the U-2 is the world's most famous 'spyplane.' It flew at unprecedented altitudes and carried the most sophisticated sensors available, all in the greatest secrecy. Operating from remote locations and without markings, they often took-off before first light. Ostensibly operated by civilians flying meteorological research missions, their bold overflights took them far across Eastern Europe, the USSR, Middle and Far East. However, many details of the aircraft's operational history remain vague and a considerable amount is still classified. Continuing national political sensitivities have meant that much about these early operations has still not been fully revealed even more than 60 years later.

This book utilises a large number of recently declassified documents to explore the remaining hidden details. It provides in-depth examinations of some missions not previously fully described and include more about Norway's role in U-2 operations, and a breakdown of British U-2 overflights of the Middle East using recently released files from the British Ministry of Defence. It examines some of the U-2's extensive efforts to collect intelligence on Soviet ballistic missile test launches and space programme, on 'Fast Move' staging operations and lots more from these missions up to May 1960.

Chapters explore some of the ground-breaking technology employed by the U-2 to photograph and eavesdrop on Soviet nuclear, military and industrial activities. These include revealing secrets of the Fili heavy bomber production plant, just five miles from the Kremlin. Overflights of the 'Arzamas-16' closed nuclear city, Vozrozhdeniya biological warfare centre in the Aral Sea and the mystery that was Mozhaysk. Over 90 photographs, maps and illustrations provide details of the aircraft, the cameras and electronic defensive and eavesdropping systems. The specialised nuclear fallout sampling role is explored and the 'weather packs' installed to substantiate the wafer-thin false cover story of the U-2's role as a 'meteorological research' aircraft. Maps, most never been seen before, record the detailed routes flown by U-2 pilots deep into denied airspace to reveal the secrets of Soviet military, nuclear, scientific and industrial sites.