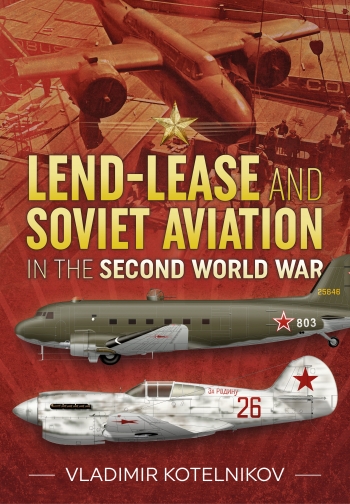 Seventy years have passed since the Second World War yet the books and articles still keep coming in a never-ending stream discussing the question of what role the deliveries of arms and materials by Soviet allies played in the victory of the Red Army. In Russia, the American Bell P-39 Airacobra fighter along with the Studebaker US6 truck and canned stewed meat became the symbols of Allied help to the USSR during the Second World War. Other aircraft which arrived to the country under the Lend-Lease program are less known but also made a valuable contribution to the victory. The author of this book for the first time has assembled a huge volume of information related to the delivery of aviation equipment from UK and USA. Based on documents from Russian and foreign archives, museums, and veterans' recollections, the author has made a qualitative and quantitative appraisal of the influence of these deliveries upon the Soviet war effort and airpower during the conflict. The book details the routes of the aircraft deliveries to Russia, the modifications which were done in order to suit the demands of the Russian climate and specifics of their front-line use, as well as the process of the new aircraft being mastered by the units of the Red Army Air Force.  The first foreign aircraft arrived in the Soviet Union with No. 151 Wing RAF in 1941, and their use expanded rapidly - they took part in the counteroffensive near Moscow, the battles for Stalingrad and the Kursk salient, and operations of the war up to the battle for Berlin and the capitulation of Japanese forces in the North China. The author includes the results of the combat assessments of the aircraft, which were done at the Scientific Testing Institute of the Air Force, as well as reports from front-line regiments, and multiple combat episodes, detailing the views of the Soviet designers and pilots on the British and American aircraft. A separate chapter provides information about the aircraft which were not officially delivered but appeared in the Soviet Union accidentally. For the first time an attempt has been made to assess the influence of the deliveries of material and equipment upon the Soviet aviation industry and war effort. The author's impressive text is supported by nearly 700 colour and b/w photographs, 100 colour aircraft profiles, plus maps, charts etc.