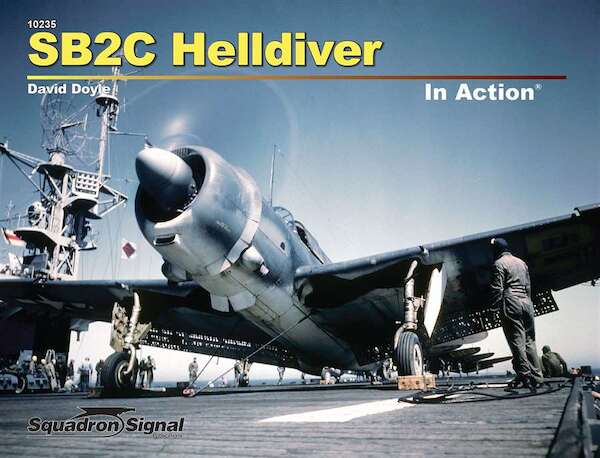 This product was added to our database on Wednesday 5 August 2015.

Share this product
Also in this series:
9780897477666SquadronBooks on aviation / WW2 US Aircraft
Product description

The Curtiss SB2C Helldiver served the U.S. Navy as a carrier-based dive bomber during the last two years of World War II. Intended to replace the much smaller Douglas SBD Dauntless and tasked with meeting demanding requirements, the Helldiver suffered from numerous difficulties in its development stage. An initial prototype crashed less than two months after its first flight, and a second prototype crashed two months after it first took to the air. Improvements were made, however and after 880 modifications demanded by the U.S. Navy, the SB2C entered combat with squadron VB-17 aboard the Bunker Hill during the attack on the Japanese-held port of Rabaul north of New Guinea on 11 November 1943. The aircraft was not well liked by air crews, however, due to its large size, heavy weight, and lateral instability. During the Battle of the Philippine Sea in June 1944, 45 Helldivers ran out of fuel and were lost before they could return to their carriers. More modifications ensued and the more powerful SB2C-3 made its appearance, equipped with the R-2600-20 Twin Cyclone engine and a Curtiss four-blade propeller, in 1944. Helldivers helped sink the battleship Musashi in October 1944 and, in April 1945, sent the battleship Yamato to the bottom of the ocean, the two heaviest and most powerfully armed battleships ever built. 194 photos, many in colour, 80 pages.