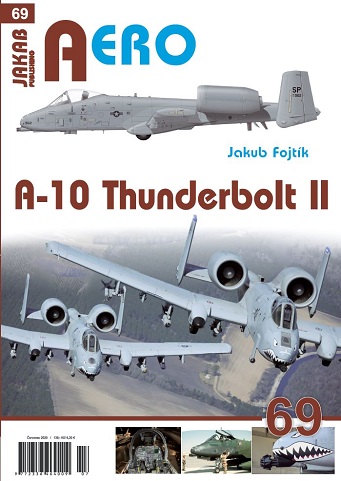 A10 Thunderbolt (Jiri Jakab 9788076480179)
€ 7.29
EU: incl. tax € 7.95
Reduced shipping charge may be applicable depending on country of destination and contents of shopping cart. Will be shown before checkout.Add to cart

This product was added to our database on Thursday 23 july 2020.

Share this product
Also in this series:
9788076480179Jiri JakabBooks on aviation / US Jet Aircraft
Product description

The A-10 fighter is literally one of the modern legends of the American Air Design School. As in the case of the Russian type Su-25, the A-10 is an example of a purposeful design aimed at meeting simple requirements - high maneuverability at low speeds allowing low-altitude flights, extreme firepower to eliminate a wide range of targets, resistance to enemy fire and production and ease of maintenance. The entire aircraft was literally built around a 30mm GAU-8 / A rotary cannon, the most powerful main weapon ever used on an aircraft. The enormous carrying capacity of the armament, combined with long endurance, gave rise to a truly unique type, which for the rest of its life excels not only in resistance to enemy fire, but also to various political, lobbying and other commanding pressures.

Although in Czech the booklet includes a lot of beautiful A10 pictures including some of the A10 with A4 skyhawk nose!! Alone for that it is recomended!