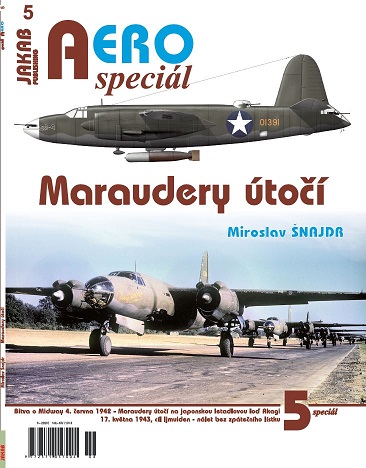 The elegant Martin B-26 Marauder made a name for itself as a basic type of tactical bomber in the 9th Air Force of the USAAF, which became famous for supporting the June 6, 1944 landing in Normandy and the subsequent US Army campaign in Western Europe. During the fighting in France, Belgium, the Netherlands and Germany itself, the Marauders carried out a large number of raids and proved to be truly effective fighting machines. However, the beginnings of an operational career of this type in the period 1941 to 1943 were not easy. The B-26 was characterized not only by high performance, but also some controversial characteristics, and the command of the US Army Air Force for him at first quite difficult to find a suitable tactic for the most effective deployment. This period includes two chapters from the turbulent fighting career to which this publication is devoted.

Unfortunately in Czecj but many inetersting photo's and technical drawings