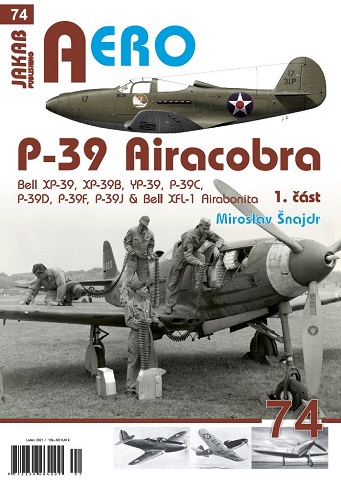 This product was added to our database on Tuesday 2 february 2021.

Share this product
Also in this series:
97880764802..Jiri JakabBooks on aviation
Product description

Few fighter types from the period of World War II received such a contradictory rating as the American fighter Bell P-39 Airacobra. In the eyes of the US Air Force, for which it was primarily intended, it failed. The assessment in the official history of the USAAF, issued in the USA after the end of World War II, clearly speaks of this: "Of particular disappointment was the P-39, whose low access, weak climb and relative clumsiness put its pilots at a decisive disadvantage wherever they fought." The Soviets became the only ones who could fully exploit the potential of Airacobra. The fighting on the Eastern Front took place in the high-altitude areas, for which the P-39 was literally cut. In addition, Airacobra at VVS RKKA took over the fighter regiments only after the Soviets managed to stabilize to some extent the originally very unfavorable air situation. Often, quality units with experienced personnel were transferred to the P-39. And last but not least, Airacobra really "saddles" the nature of Soviet fighters. It so happened that on the Eastern Front, quite completely rejected American fighters achieved extraordinary results and became the most successful type of its category delivered to the USSR under the Lend-Lease contract. A significant part of the most productive Soviet fighter aces flew with them.

Part 1 deals with the development, production and deployment after version F.

The publication is in A4 format, full-color on high-quality coated paper, V2 binding, 52 pages, a number of photographs, color side views.