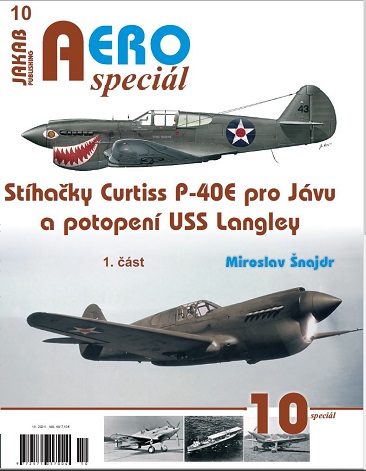 This product was added to our database on Friday 29 October 2021.

At the end of February 1942, the Dutch East Indies, facing the culminating onslaught of Japanese imperial warriors, were already on the verge of definitive defeat. The Dutch built their colonial empire on islands including the Great Sunda (Sumatra, Java, part of Borneo, Celebes), the Little Sunda (Timor, Sumba, Flores, Bali), the Moluccas and the western part of New Guinea for more than three hundred years. And now, after a few months of war, they were irresistibly lost. The fighting took place in the very central part of the Dutch East Indies, and the island of Java was directly threatened, always perceived by the colonizers as a kind of showcase.

Now the struggle was drawing to a tragic final, the launch of the inevitable Japanese invasion of Java was only a matter of days. For the time being, they fought mainly in the airfield over the island. A number of Allied air forces faced the victorious Imperial naval and army air forces here. In addition to the Dutch Colonial Air Force (ML-KNIL - Militaire Luchtvaart van het Koninklijk Nederlands Indisch Leger) also the Dutch Naval Air Service (Marine Luchtvaart Dienst), the US Army Air Corps, the US Navy, the British Navy Royal Air Force or Royal Australian Air Force.

The fragmentation of forces was due to the coalition nature of the war on the part of the defenders. The fighting for the Dutch East Indies was led by senior British, American and Dutch officers, an association in the American-British-Dutch-Australian Command (ABDACOM), which was formed in January 1942 as the first real attempt at a transnational Allied Joint Command during World War II. ABDACOM was responsible for a wide area of ??operations in Southeast Asia and the Pacific. The Americans and the British, of course, had the main say. It was headed by the British Lt. Gene. Sir Archibald Wavell. This senior officer, Commander-in-Chief of the Imperial Troops in India, was appointed Commander of ABDACOM on December 30, 1941. He arrived at his headquarters, located in Bandoeng, Java, on January 10. In his command position, Wavell was to report to US President F. D. Roosevelt and British Prime Minister W. Churchill through the Washington-based Anglo-American Joint Committee of Chiefs of Staff (CCF). Java was now completely isolated from the Japanese and tightened by an air and naval blockade that prevented the Allies from receiving reinforcements, including new aircraft. At that time, an old American aircraft carrier, converted to a seaplane carrier, the USS Langley, was heading for the island, with the most valuable cargo: with 32 brand new Curtiss P-40E fighters.